FACILITATION OF THE BELGIAN COMMUNITY OF PRACTICE ON INVASIVE SPECIES

Strong of its network, the Belgian Forum on Invasive Species (BFIS) is an informal Community of Practice animated by the Belgian Biodiversity Platform in which scientists, policy-makers and stakeholers interested in biological invasions are involved. We favour information sharing and dissemination on IAS-related news through our mailing list to which you can subscribe.

The experts of this Community of Practice are involved in key activities, are being kept informed on alien species related issues, and are mobilised to work on specific requests from policy-makers, practitioners and other stakeholders.

IMPLEMENTATION OF THE EU REGULATION ON IAS IN BELGIUM

The actual implementation of the Regulation is performed through two main bodies: 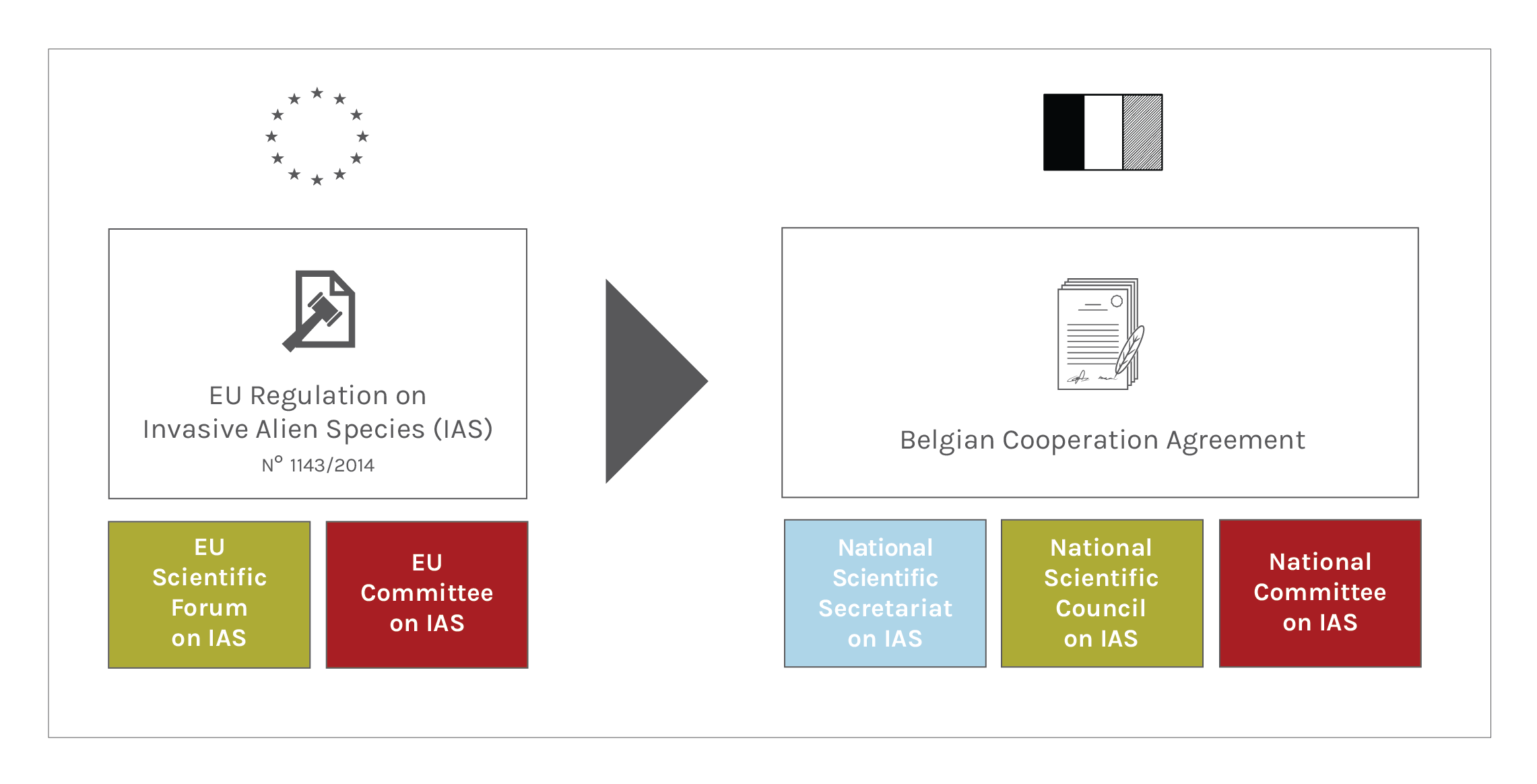 The implementation of the EU Regulation on IAS is based on a close cooperation between all the Member States. Concretely, the species included on the list of EU concern are subject to restrictions and measures set out in the Regulation. These include restrictions on keeping, importing, selling, breeding and growing. Member States are required to take action on pathways of unintentional introduction, take measures for early detection and rapid eradication of these species, and to manage species.

In Belgium, the implementation of the Regulation involves the competences of the Federal State and the Regions. In this regard, three entities were created in Belgium:

If you wish to receive more information on the EU Regulation and its implementation in Belgium, please contact Dr Sonia Vanderhoeven. 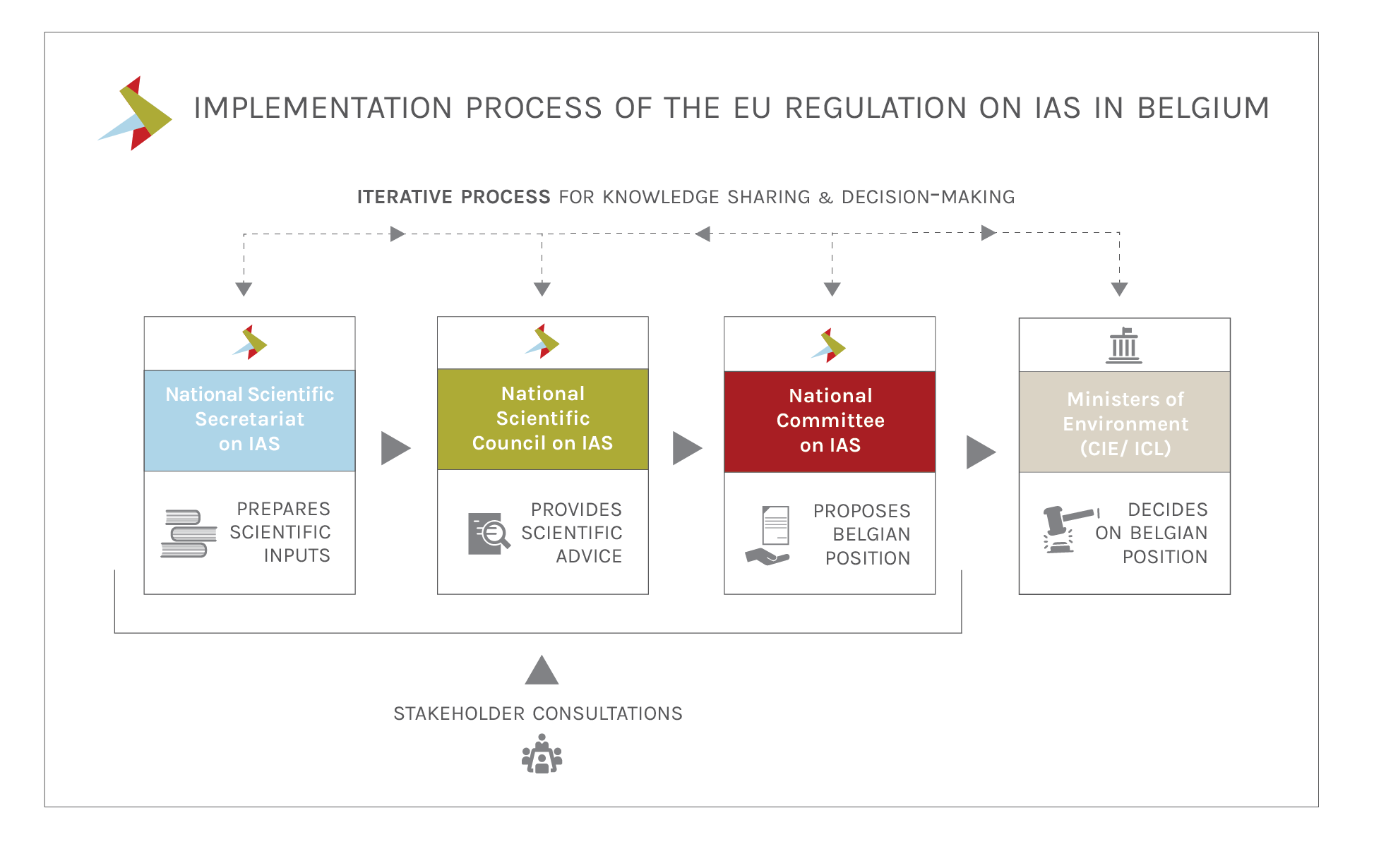 TrIAS is a Belspo-funded project running from 2017 to 2020. The Belgian Biodiversity Platform is actively engaged in this project built on two components:

Concretely, the project outputs will be the:

The project is developed in open access, therefore ensuring that interested stakeholders in Belgium and abroad can make use of the information generated through TrIAS.

AN INNOVATIVE APPROACH FOR THE MANAGEMENT OF INVASIVE ALIEN SPECIES

LIFE RIPARIAS is a project running from 2021 to 2026, co-funded by Belgian authorities responsible for IAS management and the European Union in the framework of the LIFE programme. The Belgian Biodiversity Platform is actively engaged in this project that aims to optimise IAS management by developing a science-based workflow which will establish priorities for action. It will guide decision-makers and managers in the decision-making process for IAS management, informing the best management methods while maximising the cost-effectiveness of actions. The LIFE RIPARIAS approach is based on cooperation between management practitioners, policy makers and the general public. It specifically aims to

Find out more about LIFE RIPARIAS on the project website.

CONTRIBUTION TO PUBLICATIONS ON INVASIVE SPECIES

WHAT'S IN IT FOR ME?